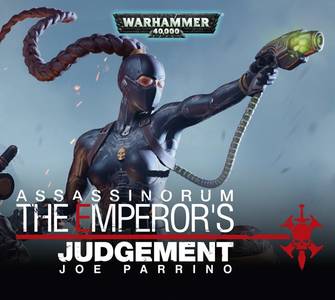 On the world of Tevrat, Callidus Assassin Klara Rhasc stalks her prey, awaiting the moment to strike. But when her mark is murdered by a crazed Eversor Assassin, Rhasc embarks on a new kind of mission: to find and subdue her fellow operative. Following in his footsteps, Rhasc tries to think like the Eversor, but faces a new kind of danger – if she uses her chameleonic abilities to emulate the drug-fuelled killer, she risks losing herself and becoming like him. The hunt is on.